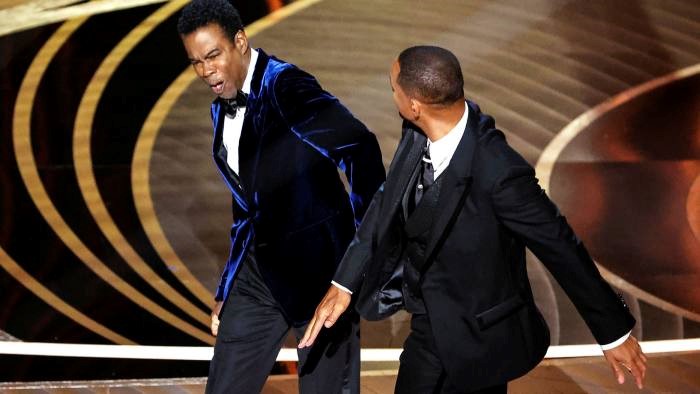 The Slap Heard Round the World

On Sunday, March 27th we were graced with the majesty of the 94th Oscars.  On this occasion, each year, we see our movie stars shine as they relish in the movies from the past year.  We have seen heartfelt acceptance speeches, graceful defeat and, at one particular event, we even saw a streaker, but this past Sunday was different. The Oscars were tainted by an act of violence perpetuated by one celebrity on another.

This hits home at the heart of Penny Lane as we seek to help clients manage their mental health, support victims and the perpetrators of domestic violence and talk about the effects of prejudice and discrimination.  All of these things were on display for the world on Sunday.  We denounce violence, we encourage wellbeing and we stand against discrimination of any sort.  Unfortunately, the message sent on Sunday was that when unable to regulate one’s emotions the next course of action is violence.  In addition the act, for many, it further validated the stereotype of the angry and violent Black man.  This is not a model that we want to promote.  Rather we seek to create equity for all without judgement or assumptions and we always seek to create a safe place to share without fear of violence.

The article below is from an NBA legend, Kareem Abdul-Jabbar.  In it, Abdul-Jabbar shares his take on the events of last Sunday.    It is not our intent to tell you what you must think or feel, but rather to allow a perspective that you may have not heard before.

"The Black community also takes a direct hit from Smith. One of the main talking points from those supporting the systemic racism in America is characterizing Blacks as more prone to violence and less able to control their emotions. Smith just gave comfort to the enemy by providing them with the perfect optics they were dreaming of. Fox News host Jeanine Pirro wasted no time going full-metal jacket racist by declaring the Oscars are “not the hood.” What would she have said if Brad Pitt slapped Ricky Gervais? This isn’t Rodeo Drive? Many will be reinvigorated to continue their campaign to marginalize African Americans and others through voter suppression campaign."

Will Smith Did a Bad, Bad Thing by Kareem Abdul-Jabbar