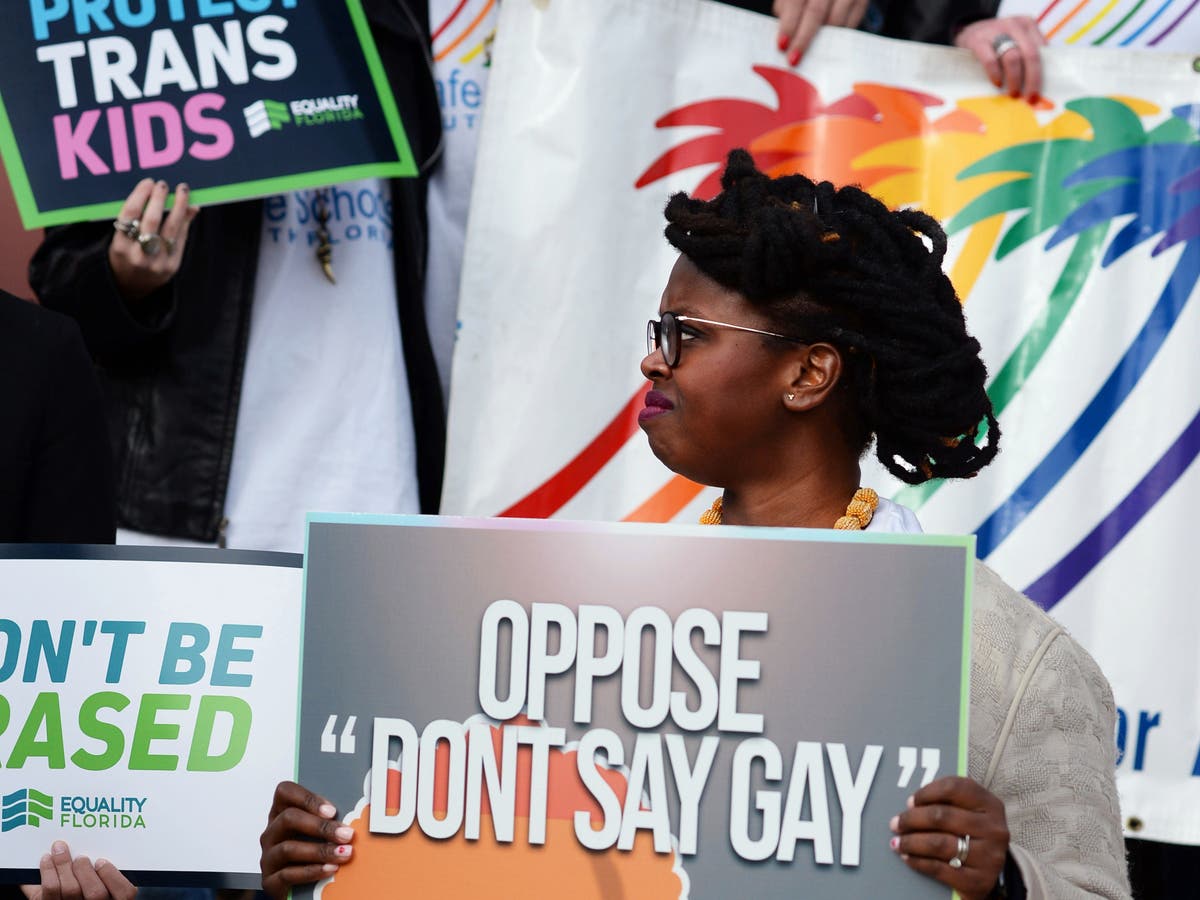 I recently became aware of Florida’s attempts to push and pass the “Don’t Say Gay” bill.  I wasn’t 100% certain what this was about until I read this and other articles.  I quickly learned that Florida is attempting to eradicate not just the word “gay”, but also LGBTQIA history and any related conversations about all things LGBTQIA from K-12 classrooms.

As I think about Penny Lane’s efforts to support our LGBTQIA I think of our work with EDGY where hundreds of people gather annually to learn how best to support this population.   I think of Embracing Identities, which trains staff, caregivers, youth, teachers and community partners with the LGBTQIA toolkit.  I think of the All Children All Families accreditation acknowledging PLC as a LGBTQIA affirming and accepting agency.  I think about our proclamation that love is love and all are welcomed here.

-The following is an excerpt from the CNN article dated 2.12.22

Being an LGBTQ young person can be tough. Depending on where you live and whether you have access to a supportive community, the world can be a very lonely place.

As leaders in two LGBTQ organizations, we've been astonished to witness the progress we have made over the last decade. But it's also clear that our community's increased visibility has led to a backlash. There are currently more than 100 anti-LGBTQ bills -- the majority of which target transgender and nonbinary youth -- moving through state legislatures across the country, according to the American Civil Liberties Union.

One of the most extreme examples is a piece of legislation in Florida known as the "Don't Say Gay" bill. It states school districts "may not encourage discussion about sexual orientation or gender identity in primary grade levels or in a manner that is not age-appropriate or developmentally appropriate for students." The language, which is vague and could apply to K-12 classrooms across Florida, could be used to prohibit open discussions of LGBTQ people and issues.

If passed, it would effectively erase entire chapters of history, literature, and critical health information in schools -- and silence LGBTQ students and those with LGBTQ parents or family members. It's just one of several divisive and dehumanizing bills in Florida that use LGBTQ youth as political pawns to limit conversations about gender and sexual identity.

To our LGBTQIA staff, clients, and community, know that we stand with you.  We stand for inclusivity, for education and we stand for the rights of each and every person. We will not get bogged down in the verbiage of “empowering parent’s rights on education.”  We read between the lines and recognize that this bill is about oppression.  Haven’t we seen enough oppression enforced by unjust laws to make us want to do better for the next generation?