Hello Penny Lane Family! My name is Edgar Cobos. I am Bilingual Spanish Foster Family Agency (FFA) Social Worker in the Antelope Valley Family Center (Lancaster). I have been with Penny Lane for 6 years.

I was born in Guatemala City and raised in the neighborhood (colonia) 1ro De Julio Zona 19. I was raised by my grandmother and aunts until the age of 10. My father came to the U.S.A illegally when I was 1 year old. My father wanted to provide a better future for his family. My father was able to bring me to California in 1985. (The year that the Chicago Bears won the Super Bowl).

During the ten years that I lived in Guatemala, I was privilege to experience the Chapines (Guatemalan person) traditions. By traditions I mean food, holidays, music, and family celebrations. I have to say that I learned to love Guatemalan food. The following are a couple of my favorite foods. First one is the Enchilada: which is a hard-shell tortilla follow by a leaf of lettuce, diced meat, red cabbage, slice of hard boil egg, onion, parmesan cheese, and a little red tomato sauce. The second one is Caldo De Res (soup): which has different vegetables and meat.

The third one is Chicarrones (pork rinds): the way to eat is by placing some avocado/guacamole on a soft corn tortilla with the pork pico de gallo, and a squeeze of lime juice. The next two are Tamales: In Guatemala we make red and black tamales. The red tamales are salty, and the black ones are sweet tamales. My favorite and simple desert is what we call Chancleta (sandal). This desert is made with Guisqil (Pear Squash).

One thing I remember was listening to a lot of music during my childhood in Guatemala. Living with my grandmother, I listened to all kinds of music. I listened to romantic music, tropical music, ranchera music, and marimba (a musical instrument somewhat like a xylophone, consisting of a series of hard wooden bars, usually with resonators beneath, struck with small mallets).  I learned to like all kinds of music genres. I have to say that I listen to Marimba music a lot. Marimba players can play salsa, rancheras, love songs, upbeat music and the list goes on. If you are curious about what marimba music sounds here is a link. 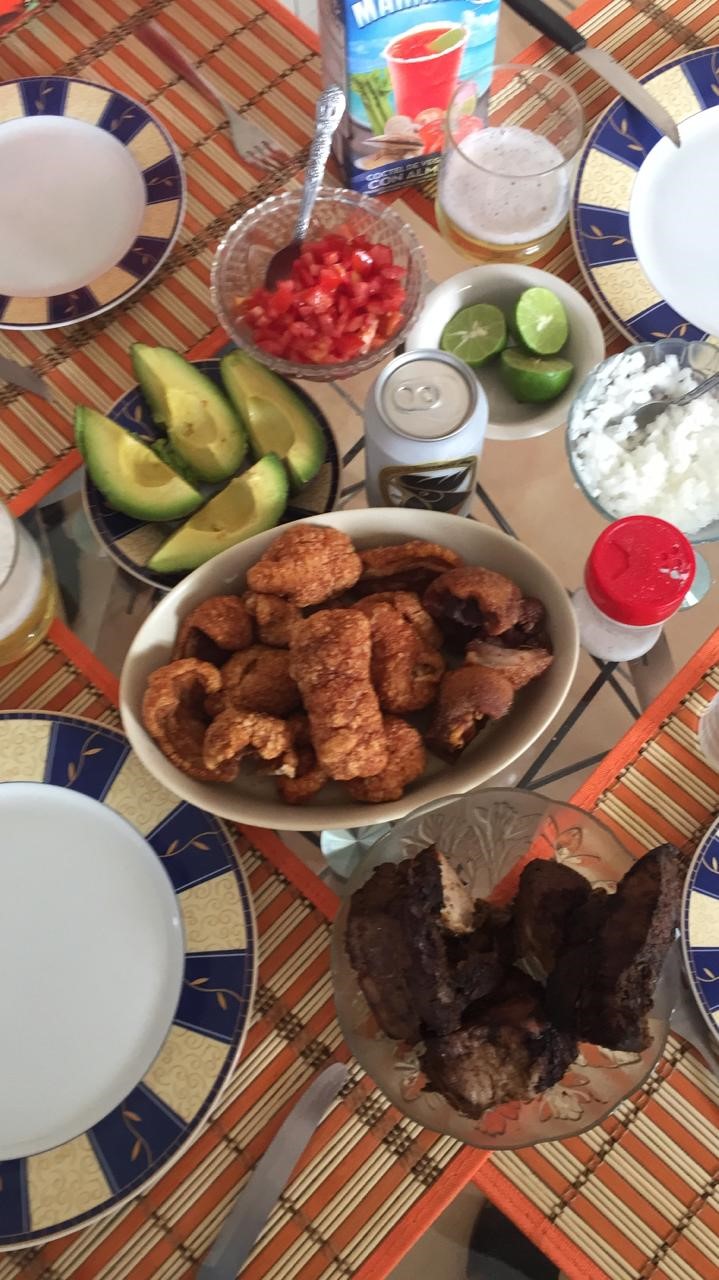 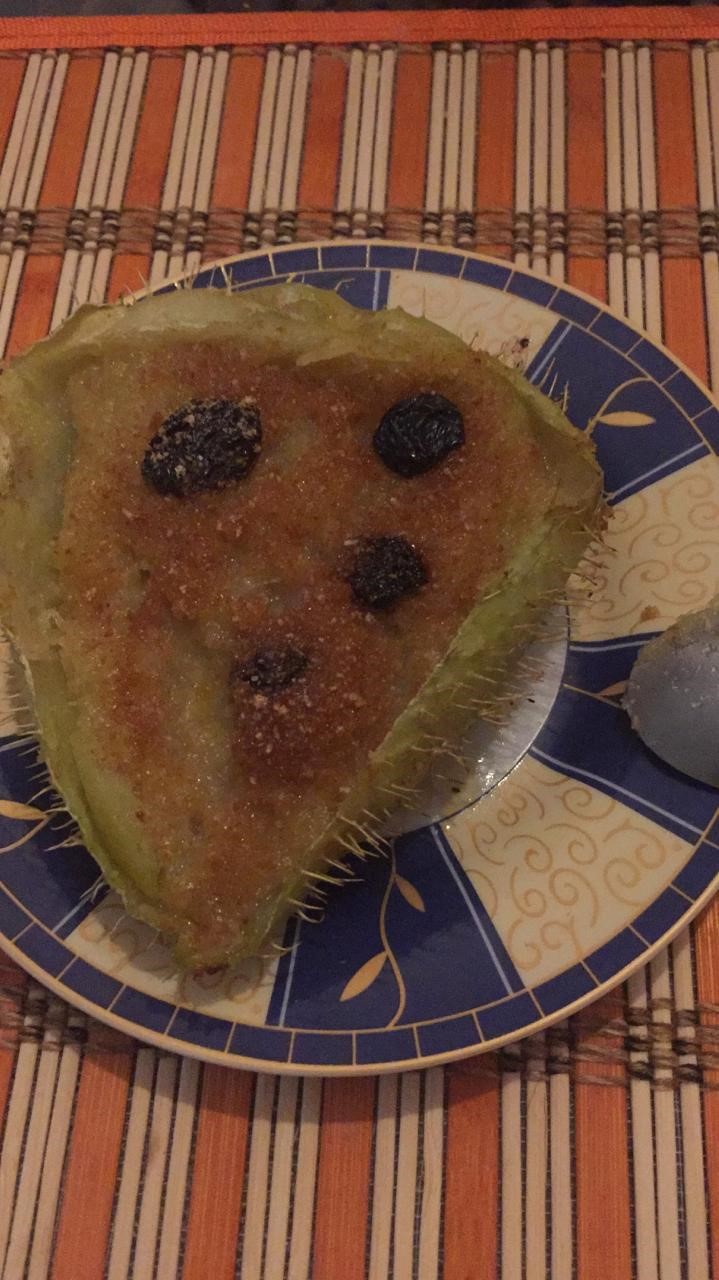 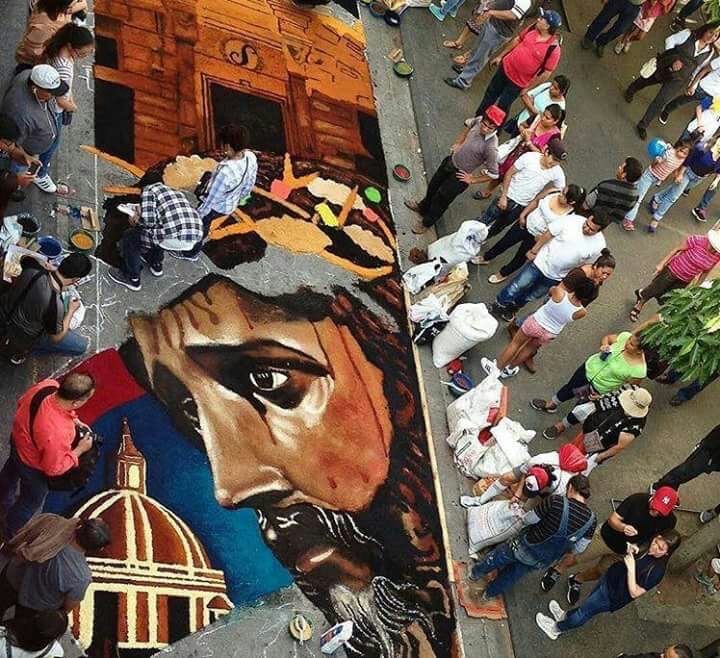 Traditions in Guatemala are amazing. I am sure that in other countries there might be some similarities. The celebration of Christmas and New Year’s is amazing, and it brings the family together. My favorite celebration is Semana Santa (Easter Week). In Guatemala we have processions. This is my favorite traditions because it brings everyone together from young children to adults. Everyone participates one way or another. Here is a link of what our processions look like. One of my favorite things about Semana Santa (Easter Week) is how Chapines make special rugs out of acerrin (sawdust) flowers, palm leaves and other material. My nephew and mother volunteer every year to make one of these rugs. These rugs feature religious and cultural figures.

One of our co-workers, Jeniffer, talked about Guatemalan currency, our national bird, and what the colors of our flag mean in the January Spotlight. I would like to add our national flower, La Monja Blanca. La Monja Blanca represents Peace, Purity, and Beauty.  One other thing that I would like to share is that La Antigua is the most popular site to visit. La Antigua was destroyed by a massive earthquake in 1773. This town has a lot of history and ruins that were left for people to see.

One thing I remember my grandmother saying was “families stick together no matter what” and “never forget where you came from”.  Till this day I continue to appreciate my culture. I have learned to cook some of our traditional dishes and love talking about my country Guatemala.