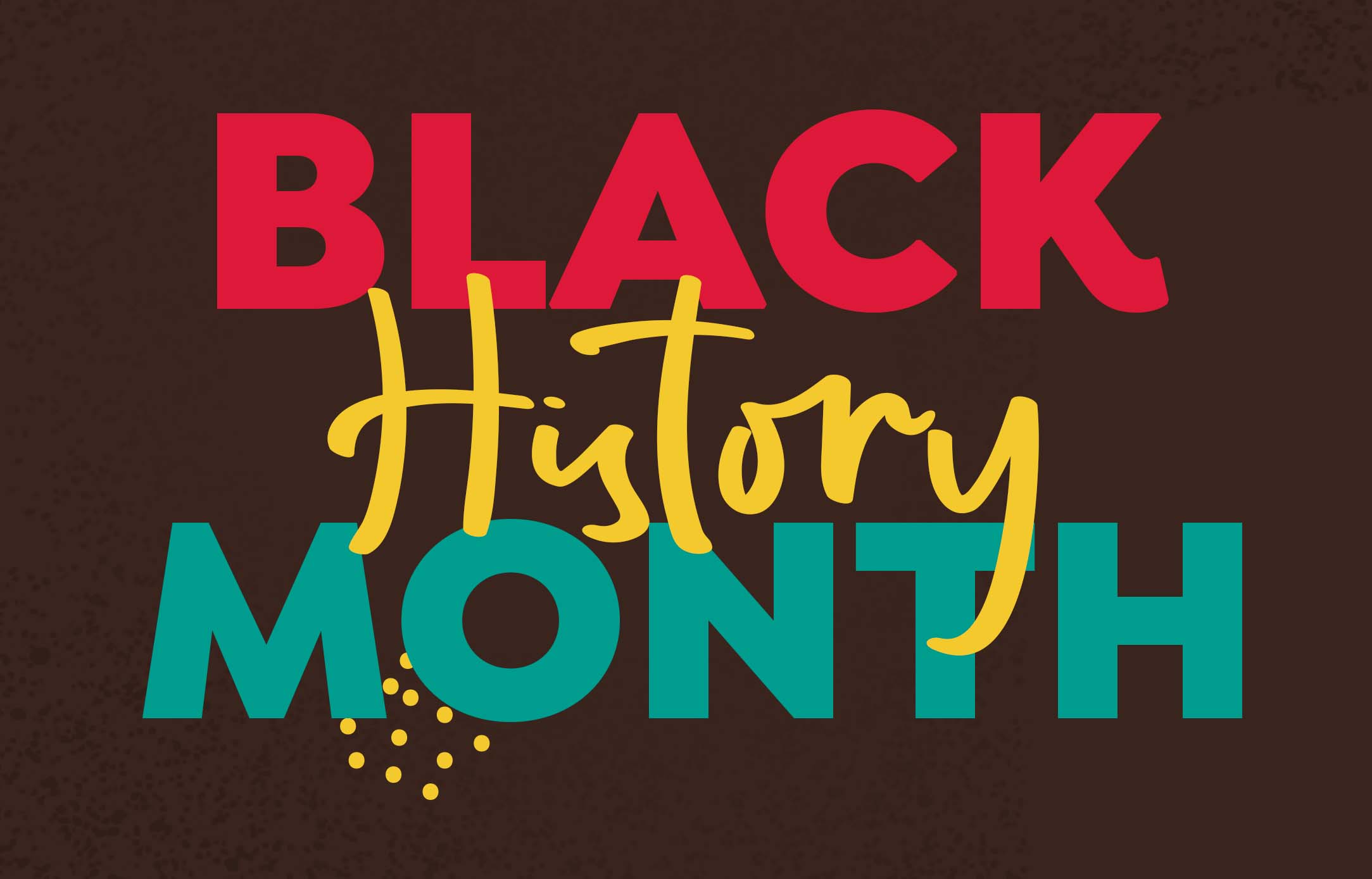 The Origins of Black History Month

February marks Black History Month!  It’s a time to reflect and celebrate the contributions made by the Black community. There are so many notable Black influencers that it is impossible to name them all.  Instead of singling out any one person, how about we take a moment to find out the origins of this month and how it came into being.  For this, we sought out the wisdom of Wikipedia.

Black History Month first began as “Negro History Week” back in 1926.  Historian Carter G. Woodson and the Association for the Study of Negro Life and History specifically chose this week because it coincided with the birthdates of Abraham Lincoln (2/12) and Frederick Douglas (2/14). The thought process behind the week was never recorded, but scholars acknowledge two reasons for its birth: recognition and importance. Woodson felt deeply that at least one week would allow for the general movement to become something annually celebrated. Also, after the ten-year-long haul to successfully complete his Journal of Negro History, he realized the subject deserved to resonate with a greater audience.

Six years later, Black History Month was being celebrated all across the country in educational institutions, centers of Black culture and community centers, both great and small, when President Gerald Ford recognized Black History Month in 1976, during the celebration of the United States Bicentennial. He urged Americans to "seize the opportunity to honor the too-often neglected accomplishments of Black Americans in every area of endeavor throughout our history".

In the black community, Black History Month was met with an enthusiastic response; it prompted the creation of Black history clubs, an increase in interest among teachers, and pride in a community that had otherwise been marginalized.

Black History Month has since then received official recognition from governments in Canada, and more recently has been observed in Ireland, and the United Kingdom. What began as a way to acknowledge and remember important people and events has become a time for education, celebration and recognition of the contributions made by our influential Black brothers and sisters.

I urge us all to take some time to reflect on the past achievements from our Black community as we move towards our future.  The roads paved before us are allowing us to move forward today.  I can think of the jazzy vocal stylings of Billie Holiday, the prose of Maya Angelou and the tenacity of Emmanuel Acho. These three alone represent decades of contributions and shows how barriers were broken down through their work and continue to pave the way for us today.

The efforts of Penny Lane, to seek racial and social justice for all, is an embodiment of what this month is all about.  Let us all relish in the accomplishments of the past with an eye on the future.  Here at Penny Lane, we are fortunate in that we have learned from the past and are making strides every day to move forward as we celebrate Black History not just in the month of February but year round.

As February marks Black History Month, it is also a month where we relish and rejoice in the love we have for one another as we celebrate Valentine’s Day.  With the convergence of these events, I thought it appropriate for us to remember a couple whose love made history.

Mildred Delores Loving and her husband Richard Perry Loving were an American married couple who were the plaintiffs in the landmark US Supreme Court case Loving v. Virginia (1967).

Richard Loving was born in 1933 and raised in Central Point, Caroline County Virginia.  Mildred was born and raised in the same area 6 years later. The county of Caroline abided by strict Jim Crow segregation laws; however the town of Central point had been a mixed race community for decades.  Richard’s father worked for a wealthy Black man and Richard had friends who were Black.  "There's just a few people that live in this community," Richard said. "A few white and a few colored. And as I grew up, and as they grew up, we all helped one another. It was all, as I say, mixed together to start with and just kept goin' that way.”

Richard and Mildred met when she was 11 and he was 17. Richard was a family friend, but it wasn’t until years later that he and Mildred started dating.  The couple decided to get married in June 1958 and traveled to Washington DC to do so because interracial marriage was banned in Virginia by the Racial Integrity Act of 1924.  After their wedding, the Lovings returned home only to be arrested at night by the county sheriff and were charged with cohabitating as man and wife, which was in direct violation of the county law.  They pled guilty and were convicted and sentenced to one year in prison, which was suspended for 25 years if they left the state.  The couple moved to the District of Columbia.

In 1964 the ACLU filed a motion on the Lovings' behalf to vacate the judgment and set aside the sentence, on the grounds that the statutes violated the Fourteenth Amendment. This began a series of lawsuits which ultimately reached the United States Supreme Court. On October 28, 1964, when their motion still had not been decided, the Lovings began a class-action lawsuit in United States district court. On January 22, 1965, the district court allowed the Lovings to present their constitutional claims to the Virginia Supreme Court of Appeals. Virginia Supreme Court Justice Harry L. Carrico (later Chief Justice) wrote the court's opinion upholding the constitutionality of the anti-miscegenation statutes and affirmed the criminal convictions.

The Lovings and ACLU appealed the decision to the US Supreme Court. The Lovings did not attend the oral arguments in Washington, but their lawyer, Bernard S. Cohen, conveyed a message from Richard Loving to the court: "Tell the court I love my wife, and it is just unfair that I can't live with her in Virginia. The case, Loving v. Virginia, was decided unanimously in the Lovings' favor on June 12, 1967. The Court overturned their convictions, dismissing Virginia's argument.  The Supreme Court ruled that the anti-miscegenation statute violated both the due process and equal protection clauses of the Fourteenth Amendment. The Lovings returned to Virginia after the Supreme Court decision.

The Lovings had three children: Donald, Peggy, and Sidney Loving. After the Supreme Court case was resolved in 1967, the couple moved back to Central Point, where Richard built the family home.

Mildred said she considered her marriage and the court decision to be God's work. She supported everyone's right to marry whomever he or she wished. In 1965, while the case was pending, she told the Washington Evening Star, "We loved each other and got married. We are not marrying the state. The law should allow a person to marry anyone he wants. On June 12, 2007, Mildred issued a statement on the 40thanniversary of the Loving v. Virginia Supreme Court decision.[19]

My generation was bitterly divided over something that should have been so clear and right. The majority believed that what the judge said, that it was God's plan to keep people apart, and that government should discriminate against people in love. But I have lived long enough now to see big changes. The older generation's fears and prejudices have given way, and today's young people realize that if someone loves someone they have a right to marry.

Surrounded as I am now by wonderful children and grandchildren, not a day goes by that I don't think of Richard and our love, our right to marry, and how much it meant to me to have that freedom to marry the person precious to me, even if others thought he was the "wrong kind of person" for me to marry. I believe all Americans, no matter their race, no matter their sex, no matter their sexual orientation, should have that same freedom to marry. Government has no business imposing some people's religious beliefs over others. Especially if it denies people's civil rights.

I am still not a political person, but I am proud that Richard's and my name is on a court case that can help reinforce the love, the commitment, the fairness, and the family that so many people, black or white, young or old, gay or straight seek in life. I support the freedom to marry for all. That's what Loving, and loving, are all about.

At the Heart of PLC

At the Heart of PLC focuses on the diversity of our staff and how PLC has helped to embrace, empower and support our authentic selves.  Here and Penny Lane Centers it does not matter where you come from, what you look like, what your abilities or orientation are.  At PLC we care about the person and what we each bring to the table.  Through our heart centered culture we are able to see the whole person, to value that person and to support the needs of that person in order to create a welcoming environment for both our clients and staff.  Please join us in watching at the Heart of PLC so you might get to know us better and support us as we take a stand for racial and social justice and celebrate diversity, equity and inclusion.