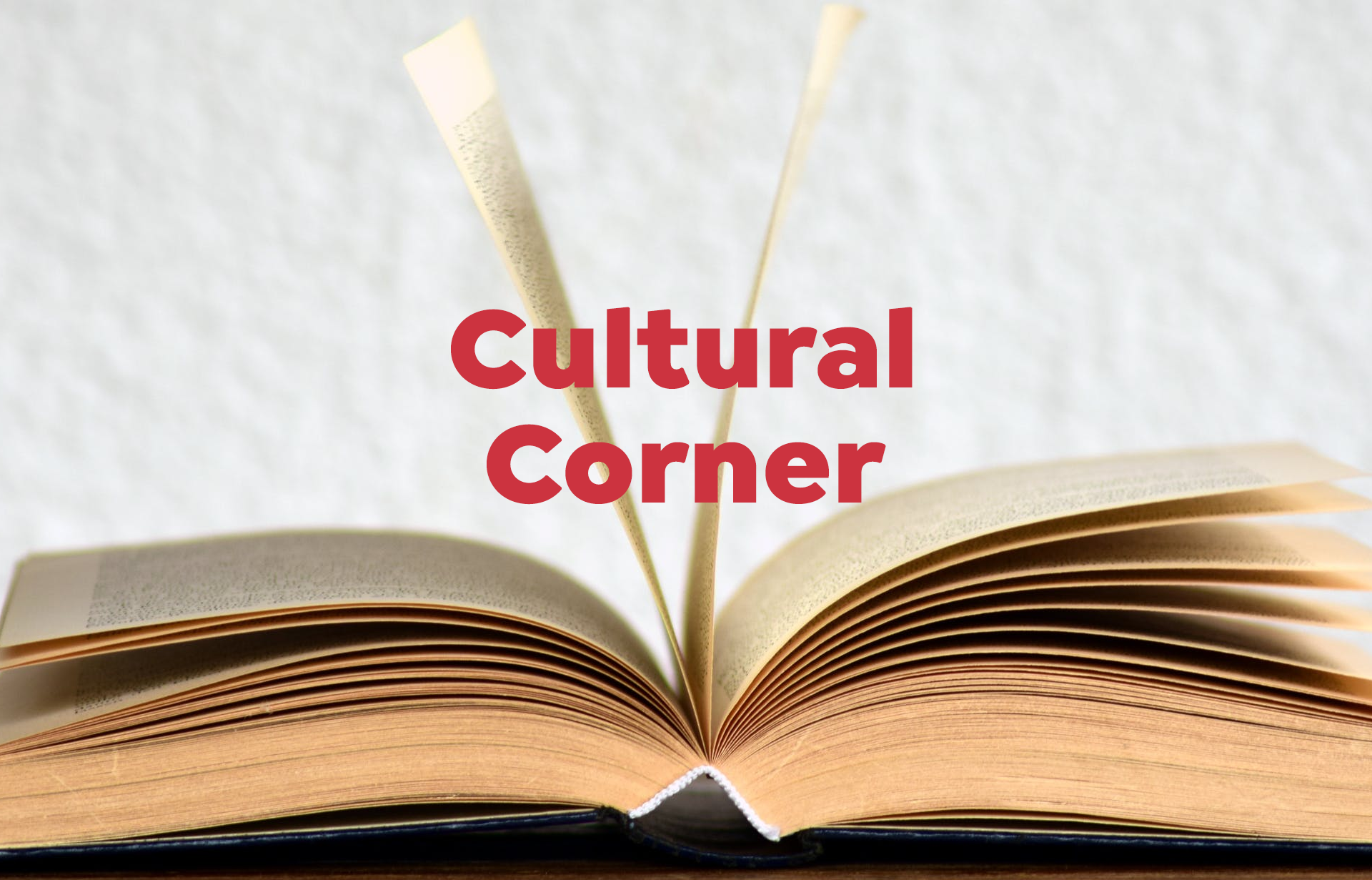 Hello PLC Family!  My name is Pornphun [Pronounced: Paun-pun] Slayden, AKA Paula. I am the Interim QI Clinical Supervisor at North Hills Clinic. I started with Penny Lane as an Outpatient Therapist in North Hills.

I identify as a 1.5 generation Thai American and a Buddhist. A 1.5 generation immigrant is not a widely used term, but it refers to first generation immigrants who immigrated to a new country before or during adolescent period. Thailand’s national religion is Buddhism, which is widely incorporated into daily life including school, daily routines, rites of passage at various stage of development, etc.

I was born in Bangkok, Thailand. I grew up in one of the many sprawling cities in Bangkok like the cities on the outskirts of Los Angeles. My parents worked in Bangkok, and I attended a prestigious public school near their work. I immigrated to the United States when I was 9 years old. Since moving to the States, I have lived mainly in the San Fernando Valley currently in North Hollywood near the Los Angeles Thai Temple.

I prefer the Thai cultural music that is used in traditional dances and plays. But I also love 80s and 90s pop Thai music and American Alternative Rock!

I am including a link to the Thai ballet, Royal Khon, for you to enjoy.

There are so many great Thai dishes, one of my favorites is the Khao Mun Gai and Gaeng Som. Khao Mun Gai is a simple dish that was inspired by the Hainanese Chicken and Rice dish from Southern China, made with poached chicken and rice cooked in chicken broth with ginger, fried garlic, and cilantro roots; served with very complex chili sauce.  Gaeng Som is a soulful dish that my grandmother used to make very often when I visited her during my summer breaks in Thailand. It is one of the many traditional Southern Thai dishes that is savory, sour, salty, sweet, and VERY spicy! 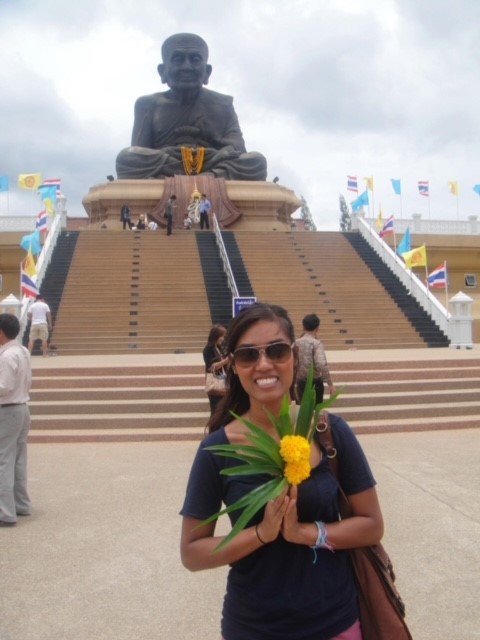 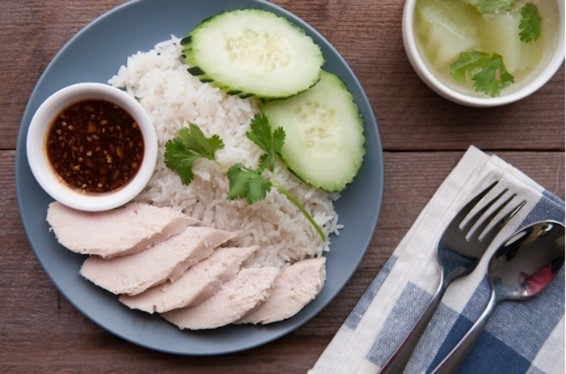 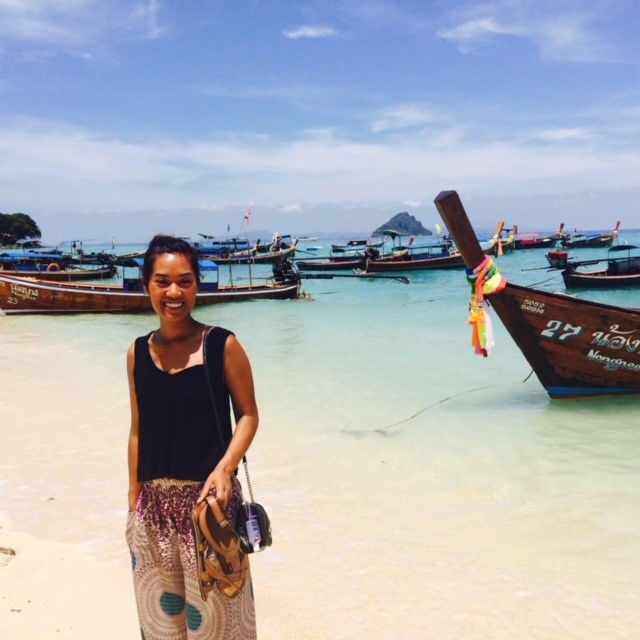 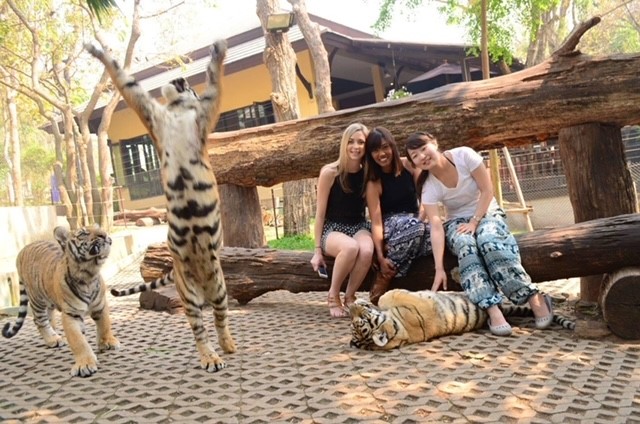 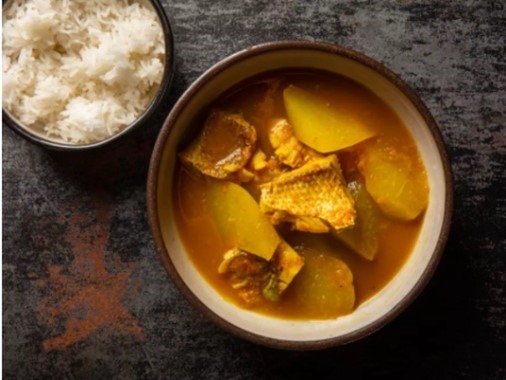 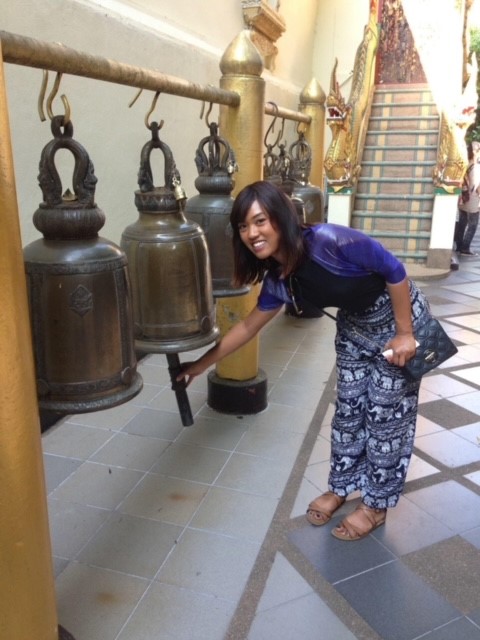 My favorite cultural tradition, when I lived in Thailand, was Loy Krathong. This tradition occurs on the evening of the full moon of the 12th month in traditional Thai lunar calendar (November in the Western calendar). Traditionally, small floating vessels are made from banana leaves and decorated with flowers such as lotus flowers. These vessels are accompanied by incense and a candle to show respect to Buddha. The “Krathong” or the vessel floats away to symbolize letting go of anger, hatred, and suffering we’re hanging on too.

One of my favorite fun facts about Thailand is that it is the only country in Southeast Asia that was never colonized by a Western country.

My father was my most favorite person in the world as a child. After school, he used to take me on “adventures” around the neighborhood and we would jump little trenches, collect rocks, and find new areas we haven’t seen. One time my mom tried to take me out on an adventure like my dad would, and we found a park. I was so excited when I saw a seesaw, so I ran as fast as I could to sit in it. Unbeknownst to me, it was covered in fire ants! My whole body was covered with fire ants, and I screamed crying to my mom. She brushed off the fire ants as much as she could, but they already bit most of my body. Long story short, I never went on another adventure walk with my mom again.

Thank you, PLC for giving me a space to share a little bit about myself and my Thai culture.

National Women's History Month was established by presidential proclamation to draw attention to and improve the focus on women in historical studies. It began in New York City on March 8, 1857, when female textile workers marched in protest of unfair working conditions and unequal rights for women. It was one of the first organized strikes by working women, during which they called for a shorter workday and decent wages. Also on March 8, in 1908, women workers in the needle trades marched through New York City's Lower East Side to protest child labor, sweatshop working conditions, and demand women’s suffrage. Beginning in 1910, March 8 became annually observed as International Women's Day. Women’s History Week was instituted in 1978 to begin adding women’s history into educational curricula. In 1987, the National Women's History Project successfully petitioned Congress to include all of March as a celebration of the economic, political, and social contributions of women.

Irish American Heritage Month is celebrated by proclamation of the President and Congress in the United States to honor the achievements and contributions of Irish immigrants and their descendants living in the United States. It was first celebrated in 1991. The heritage month is in March to coincide with Saint Patrick's Day, the Irish national holiday on March 17.

Each year in March, the Irish Taoiseach visits the United States for Saint Patrick's Day. A Shamrock Ceremony takes place in the morning at the White House where a crystal bowl containing shamrock, a traditional symbol of Ireland, is presented to the President in the Oval Office.